Why Use Toyota Genuine Parts?

Keep your Toyota a real Toyota.

Toyota’s aftermarket quality control system makes certain that every Toyota component is constructed to the same tolerances and strict quality control standards as the part it replaces. To achieve optimum performance and maximum trade-in value for your investment, keep your Toyota a real Toyota with Toyota Genuine Parts.

1 You’ll get a longer warranty. Toyota Genuine Parts warranties are one-year vs. six months with a non-genuine part. Plus, if you have a Toyota Genuine Part fail during that time and a Toyota Certified Technician installed it for you, we’ll pay for the parts and labor. That’s right, labor is covered! 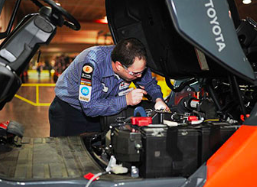 2  You know you’re getting the same great quality. If you use Toyota Genuine Parts on your forklift for no other reason, do it because you know the quality is just as high as that Toyota you researched and purchased.

3 Your forklift was made using them.

4 The technicians working on your forklift are trained to work on Toyota Genuine Parts.

5 Not using them can cost you in the long run. Though generic or “will-fit” parts are less expensive on the front end, only Toyota Genuine Parts are engineered to keep your Toyota forklifts running longer and more efficiently, decreasing downtime and constant replacements.  Will-fit parts are generally manufactured to lessor standards and will fail prematurely requiring replacement twice as often as Genuine Toyota Parts.  With labor cost so expensive in any repair invoice no business can afford that extra expense. And the extra downtime is very expensive. 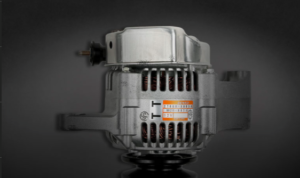